Well, that was quite a lot of snow!

The thaw is finally underway today and Christmas behind me so I have a chance to catch up here. A week ago we had nearly a foot of snow overnight, which was beautiful. Even the lily pond on Hannaford Lane froze along with  slow flowing sections of the river Dart. 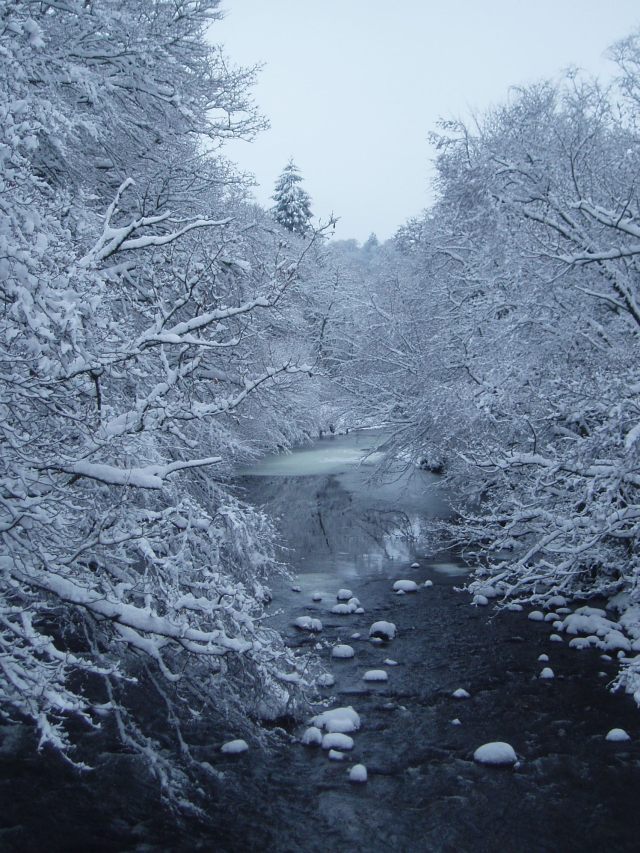 The main road wasn’t snowploughed at all at first and then, when it was, they left a big section of road between New Bridge and Holne Chase untouched. As it took us a day or two to dig ourselves out of the drive and the lane it didn’t really matter that much.

Thankfully I had got loads of bird food in so the bird table has been full of robins, great tits, blue tits, coal tits, blackbirds, nuthatches, chaffinches, dunnocks, assorted little brown birds and even a spotted woodpecker. It gets ocassional visits from a trio of carrion crows as well, which causes everyone else to shoot off into the bushes until they are gone.

We had a great Boxing Day walk yesterday down to the river and then over Leigh Tor. Large sections of the river surface were frozen and even had snow on them. 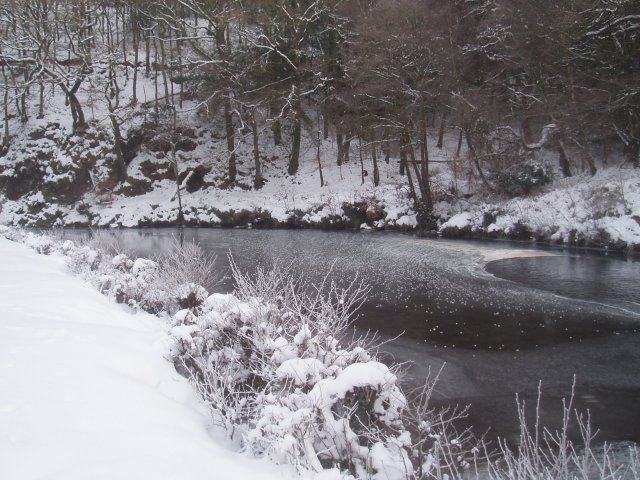 We didn’t see a single pony on the whole walk, though we could see where they had been scraping at the snow to expose the grass and moss underneath.

It has been thawing all day today and is now raining quite hard so I think the deep and crisp snow will be a thing of the past by tomorrow morning!